On 22 and 23 June 2022, MRI organised storytelling workshops in Pécs, involving local young people and experts. The workshops were the last steps of the qualitative part of the empirical research, following 40 interviews with local young people and several interviews with local experts, with the aim of validating or refining the main conclusions of the field research before completing the case study report on Pécs.

The workshops were organised in three groups: firstly, a conversation with a selection of  young interviewees took place, then we organised two expert roundtables with actors involved in local education on the one hand and actors in the local housing market on the other. Each workshop included five participants, which was sufficient to gain a colourful insight but still keep the lively nature of conversation without splitting the group.

The workshop with young people started with an icebreaker to get to know each other and warm up the atmosphere: each of us showed a picture from our mobile phones and explained why it is important for us.

The discussion with the young people included our three major topics: housing, education and employment. In housing we first mapped the local housing market by defining the possible housing segments and discussing the personal experiences in trying to get social housing, private rental apartment or even privately owned dwelling. Then we continued the conversation with individual educational ambitions and analysed together the factors that help or hinder achieving these goals. These findings reinforced the picture that the segregated nature of the institutional system in Pécs can be observed in the strong path dependency of school choices, and the limits of institutions complementing the school system. Conversation around education was easily transferred to employment opportunities. We made a statement as a starting point based on a sentence that was repeatedly voiced by experts: ‘All can find a job in Pécs, who wants to.‘ The arguments and counterarguments around this statement led us to the common conclusion that the primary reason for not getting the job you want - besides low qualification - is having/expecting a child or being Roma. We received serious feedback that personal contacts were more effective than institutional support in improving the labour market situation.

Next morning educational experts came from schools, social services and special NGOs that assist vulnerable students in learning difficulties. Three focal points were identified for the discussion: the capacity of the local education system to create opportunities, cooperation between schools, and early school leaving in late adolescence. The conclusion of the meeting was that most of the problems root in the ‘resource space’, the current national educational system that strengthens school segregation and creates competing institutions instead of collaborating ones.

Education was considered as a part of a social system in which social disadvantages should be treated from birth. It was also emphasised that teacher education must be reformed concentrating more on pedagogical skills and the freedom of educational methodologies. Finally, our assumption was strengthened that there are practically no services for young people above 14-16 years - in case they do not have a child. It seems to be a lost age group, in that aspect.

The meeting with housing experts (social services organisations and NGOs) strengthened our assumption - which was already assured in the former meeting with young participants - that one of the main problems in the local housing system is the fact that there are no proper transitory solutions between housing forms and consequently families are stuck in their positions even if it is not suitable for them. The group discussed the local social housing system which is not transparent not only for families trying to get a social flat but also for the ones who have the duty to help vulnerable inhabitants. Consequently, the illegal forms of operation that are becoming commonplace in Pécs (arbitrary occupation, housing without a legal title) also represent the unresolvable stalemate in which the municipality is committed to the status quo.

Leaving the social rental segment towards private rental apartments turns to be difficult for many families, as besides the low level of incomes, Roma families or families with children face discrimination. As regards obtaining a privately owned flat, the group concluded that even if the current state support is quite generous to families with children these subsidies are hardly achievable for vulnerable families (due to improper employment or lack of down-payments). 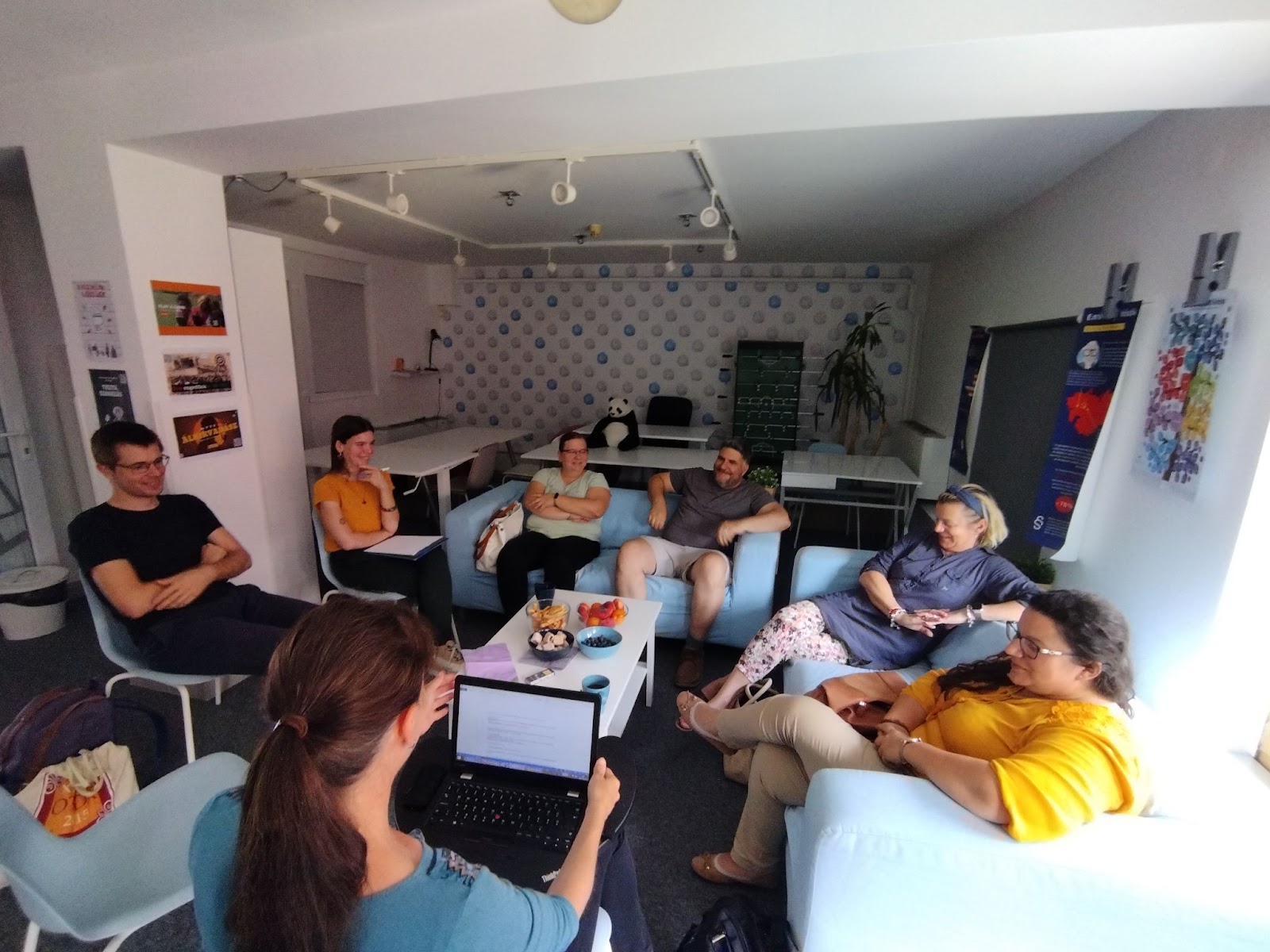